Why is Flutter the Right Platform for Creating App Startups?

Flutter is an open-source SDK that enables developers to create mobile apps for platforms such as iOS and Android. App development is a complicated and expensive process, and Flutter SDK provides developers with an unparalleled opportunity to cut costs in a variety of ways. With a layered framework, Flutter is empowered so developers can create highly customizable and attractive device solutions in less time without sacrificing results.

It is also much more relaxed and comfortable with making changes in the Flutter codebase as it possesses a hot reload feature that represents instant codebase changes within milliseconds. We will look into some of the reasons why Flutter is considered cost-effective by the Mobile App Development Company as compared to native Android and iOS apps.

Hot-Reload is a beautiful function that allows the developer to track changes in real-time. It lets the team add advanced features, innovate, and repair bugs. In return, the overall build time is reduced rapidly, which reduces the time needed to build the app. Flutter-integrated apps primarily rely on built-in widgets, not platform widgets, so the app's size can be estimated above 4 MB.

Since Flutter comes with a wide range of widgets, including navigation, scrolling, and fonts, developers can easily save time in creating apps. It is not, however, the ideal solution, and has other drawbacks. Overall, it overcomes the obstacles of creating apps that take 2-3 minutes to see the changes.

Rapid mobile app growth is a significant obstacle for business companies to achieve a maximum user base. Flutter is open-source with flexibility across platforms and features of hot reloads. Those features make it the best option for mobile app development and hitting the market quickly. The same code is used for Flutter to function on both iOS and Android. Hot reload debuggers faster to create an excellent app quickly.

The very first thing that reduces costs is the creation of cross-platform software. It offers a single framework that can help developers write code once, and runs on multiple platforms. Cross-platform development is not a new phenomenon and is still being used and funded by organizations and software developers. React Native and Ionic also support the development of multiplatform software.

For mobile app creation, Flutter makes it easy to create an app that runs on all platforms. It also enables developers to take advantage of the native features iOS and Android deliver.

With many startups on the market, a Minimum Valuable Product (MVP) required to make a smooth deal with the investors. It would be best if you had an MVP that operates on multiple platforms so you can view its functionality over them. Flutter will help create MVP, thereby saving time as well as costs.

The total number of line codes is almost tied to the cost of the project. Flutter uses Dart programming, which is an object-oriented programming language that is strongly typed. Additionally, JavaScript does not need to function, and thus improves the overall performance of the mobile device. All widgets compiled on different platforms.

All of this means you need to write less code to achieve the same level of efficiency. Other key features that help Flutter in writing useful performance apps include JIT compilation, AOT, and Hot-Reload.

Open-source with the help of the community

Flutter is an open-source, and users are not supposed to pay to use it; you can rely on the active and vibrant community to form trend innovations into the framework. The only investment a firm or startup has to make is to recruit developers of mobile applications that can work with Flutter SDK.

It is simple to learn, and this means developers can ramp up and create mobile apps in a short period. Hot-reloading works once again in support of new learners.

Benefits of Flutter in the creation of Mobile Apps

Is Flutter perfect for creating apps?

Yes, Google Flutter is an open-source framework that helps developers create mobile apps across the platform. Google is not fighting for the development of the mobile app, as it has both Android and Flutter as SDKs for the web device. 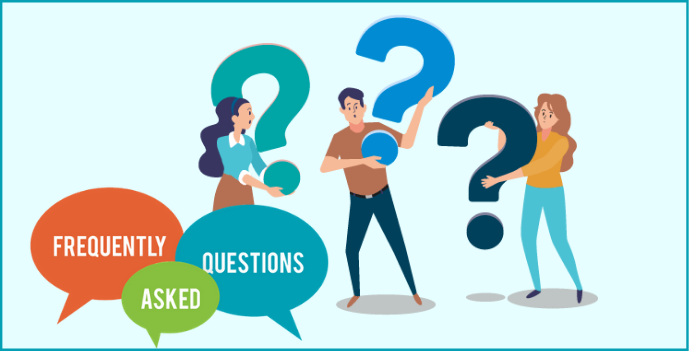 What language is Flutter being produced in?

Flutter is based on Dart, and in 2011 Google launched this programming language for users and is not so popular among developers. For JavaScript, Dart has a straightforward syntax to implement, since it supports most object-oriented concepts.

What are the top companies using the services to grow Flutter?

Some of the well-known brands which invested in Flutter are:

Why did Google invest in SDK on Flutter?

Flutter is a free, open-source platform for mobile applications built by Google. It provides developers with a fast and robust way of developing native apps on both IOS and Android. The Flutter is the only SDK that offers reactive styles without any Javascript bridge being used.

Flutter is the open-source, Google-based Dart language that will undoubtedly evolve in the future market scenario and bring down the gap between the tech world and industry. So, Flutter is the perfect choice to go with most of your mobile device startup needs.

Flutter has a limited effect on the cost of the project, and its cross-platform features, less code, less time to market or MVP, and Hot-Reload are the key reasons behind this. Although it is experiencing fierce competition from React Native, Flutter App Development Company is in huge demand due to performance advantages. It will emerge the best in the longer term.