Container orchestration is the mechanism by which container-based microservice applications are controlled across multiple clusters. Inside organizations, this idea is becoming increasingly prevalent. A wide range of Container Orchestration tools has become essential for deploying microservice-based applications. What we need is a good container management system that is reliable.

Tools for container orchestration and clustering

Orchestration tools assist users in developing, testing, and deploying containerized applications. They orchestrate the entire life cycle of applications based on specifications given. There is currently a wide array of Container Orchestration Tools available. We are going to cover the best container clustering and orchestration software used by several companies in development. 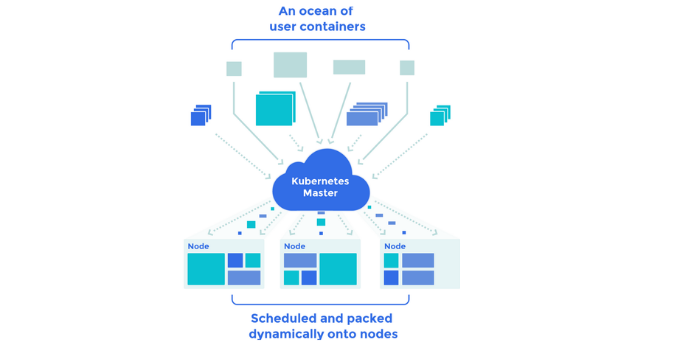 Openshift is installed on top of Kubernetes. Redhat is there to maintain and keep the concept of Openshift. It is formed with an open-source and enterprise (openshift container platform) versions that facilitate the proper functioning of the tool. Along with the core features of Kubernetes, it provides container management and orchestration components an excellent service.

Google originally developed Kubernetes. It has since developed into a Cloud Native Computing Platform flagship project. It is an open-source, portable, orchestration framework that is managed by clusters. The Kubernetes architecture enables containerized systems to run several clusters to make accessibility and organization more efficient.

It is designed in a more effective and highly accessible manner with an excellent scheduler and resource manager to deploy containers. Kubernetes has been a de facto container orchestration tool for many organizations. Google manages the Kubernetes project with contributors from around the world. It offers many functions that are not provided by native docker tools. Additionally, Kubernetes are quick to get started.

Mesos is another cluster management tool that can efficiently manage the container orchestration. It was developed by Twitter and was then granted open sources. It was used by companies such as eBay, Airbnb, etc. Mesos is not an instrument devoted to the container; instead, you can use it for other than containers for VM or Physical Machine Clustering to run workloads (Big data, etc.). It has an effective framework for deploying and managing containers on a Mesos cluster, called Marathon. You can run a bunch of Kubernetes on a group of Mesos.

The Docker system is composed of tools from development to frameworks for the production deployment. The docker swarm in the list falls into cluster management. To manage a cluster of Docker containers, a mix of docker-compose, swarm, overlay network, and an excellent service discovery tool such as etcd, or consul, can be used. 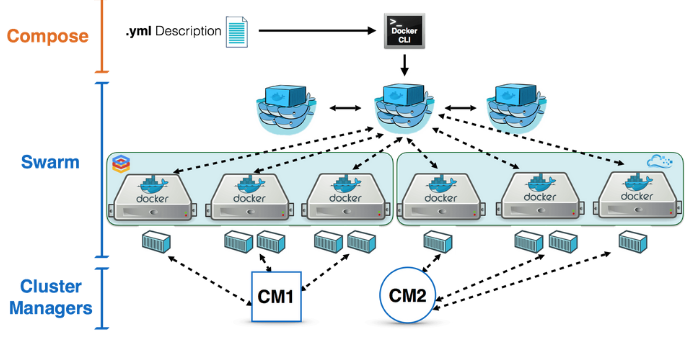 Compared with other open-source cluster management software, Docker swarm is also maturing in terms of functionalities. Considering the large contributors to the docker, it won't take that long for the docker swarm to get all the best features other resources get. Docker has a successful development plan recorded for the use of docker swarm in development.

A few managed cluster containers and orchestration services can be used to prevent complex cluster setups.

Amazon EKS is also another well-managed service from Kubernetes. It takes care of handling, protecting, and scaling containerized applications. Thus, the need for the Kubernetes control panel is annulled. These EKS clusters run in multiple zones in AWS Fargate, which calculates containers without a server. Applications based on Kubernetes can be conveniently migrated to Amazon EKS without codes. ECS is a service that AWS offers to manage the container cluster. ECS is not an agnostic cloud since it uses its proprietary cluster control and backend scheduling technologies. The only thing that can worry you is a lock-in from the vendor.

Openshift online is among the offers of Redhat's PaaS. Using this service, you can deploy applications to the cloud with openshift. You do not have to run the cluster since it is a pure PaaS operation.

Founded on Kubernetes, Google Container Engine serves as a management and orchestration (MANO) tool for Docker containers and container clusters running on the Google Cloud Platform. Google Container Engine made its debut in November 2014, using a web-based console and command-line tools to deploy and manage containers. It is fitted with a master node and an application system at Kubernetes. GKE is a container service that is operated on google cloud. GKE used Kubernetes at the backend. On GKE, you can use all the functionalities of Kubernetes.

Digital Ocean provides a managed Kubernetes service to deploy container-based apps. You can get $100 Digital Ocean credits for free.

EKS is an AWS operated cluster service supported by Kubernetes.

AKS provides a managed service with continuous integration and continuous delivery approach for the hosted Kubernetes. It facilitates convenient deployment and management of server fewer Kubernetes with more excellent reliability in security and governance.

The choice of a product or a service depends entirely on your needs and the nature of the task. There is no certainty in the fact that many companies use the tools mentioned above and services for their workloads in development.