Top Crypto Projects Speculated to Become the Game Changers in 2022 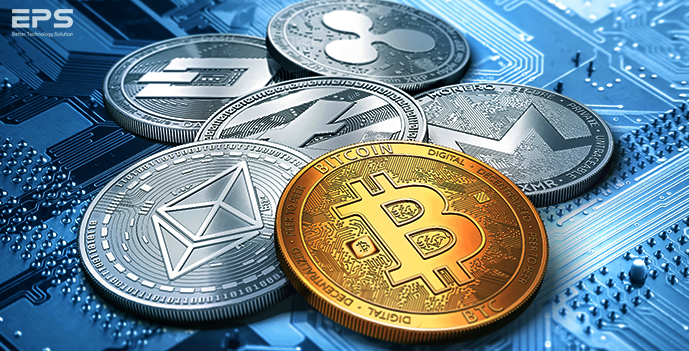 The year 2021 has witnessed an enthusiastic response of many people toward investing in various crypto assets across the global market. The trend has led to a consequential upshot, in terms of giving much more space of digital assets to the mainstream.

Meanwhile, the rise in popularity of cryptocurrencies has correspondingly prompted the rise of blockchain technology, which, as an upshot, gave rise to the importance of digital assets, with market capitalization soaring to $3 trillion in values during November 2021.

Statistically, close to 14% of people in the U.S. retain the ownership of crypto-assets while India has witnessed an impressive population of 15 million investors investing in digital assets. This is indicative of a rather encouraging fact, indicating that India is the second-largest country in the world going for crypto adoption.

With cryptocurrencies having no administrative authority to be circulated in the legal tender in India is a problem that the country's crypto industry believes should be handled on serious priority. The countries like India require a progressive and regulated framework that will eventually foster a thriving ecosystem of the crypto industry, inspiring more people with the confidence to invest in digital assets.

In this blog, we are going to discuss some top crypto projects that are likely to become game-changers in 2022.

Held in reputation as being the second-largest crypto network in the world based on its market capitalization, Ethereum is undoubtedly one of the biggest players in the DeFi (decentralized finance) space.

However, the network of this DeFi space witnessed a slowdown this year by a growing number of consumers making transaction on a blockchain that requires serious upgrade, Ethereum 2.0 which is still in the process of finalization, and is likely to be completed next year.

What qualifies Ethereum 2.0 to be so futurist is based on its ability to cut short the transaction speeds and costs.

Moreover, it will pave the path for the proof-of-stake protocol for mining that is considered environmentally friendlier compared to its existing proof-of-work model.

OVR, powered by the Ethereum Blockchain, is set to make a big headway in the moving spaces of metaverse next year.

The company has recently released a new program called Map2Earn for users, allowing them to participate in a global treasure hunt and get rewarded by the platform's native OVR tokens.

Created by Charlie Lee in 2011, Litecoin is held as a futuristic replacement of Bitcoin, though the crypto is marred with its limited supply, say nearly 84 million units.

Polygon framework is used to build and connect blockchain networks compatible with Ethereum.

This Ethereum blockchain or Ethrereum's Internet of Blockchains is one of the top crypto projects speculated to scale the blockchain's capabilities, linking it to other compatible blockchains.

It combines the best of Ethereum and sovereign blockchains, paving the path for developing a compact multi-chain system.

In its recent announcement, polygon revealed its shifting to Polygon PoS on Uniswap.

Corite is a NFT platform and was founded by Mattias Tengblad and Emil Angervall.

The Corite project aims at democratizing the music industry by incorporating a crowdfunding model. The purpose is to gain substantial distribution of revenue for musicians.

Corite project's blockchain is based on the mechanism, say getting funding directly from the audiences/fans who then get a share of revenue in return.

Solana is a public blockchain platform known for its impressive speed of 2,500 transactions per second with lower associated costs and without compromising on decentralization.

Based on this very attribute, the platform was termed as a potential long-term rival for Ethereum. The internal crypto of this platform is called SOL.

The currency has the application-building functionality which qualifies it a robust risk-reward dynamic in the future.

World Mobile Group (WMG) bases its functionality on combining renewable energy with blockchain technology with a mission to bring forth a new change in the paradigm of connectivity in Africa.

In 2022, the company will launch its blockchain academy to be able to host conferences to draw attention of experts worldwide and bring new talent to the region.

The WMG project is seen as a potential game changer for Africa's various war and poverty stricken regions.

It's not at all a foregone conclusion as to which way the crypto space will head in the year 2022, based on how faster the space moves with a certain degree of volatility.

However, one thing can be said for sure that cryptocurrencies will look quite differently in due course of time. Emerging new players and updated technology will reinforce the pace of crypto space, moving it to a tectonic shift of new heights.

The above facts also cast reflection of how important the blockchain application development would spell for companies worldwide to sustain, thrive, and stay futuristic in its business approach.