Android 9 vs Android 10, Which One is Best to Pick? 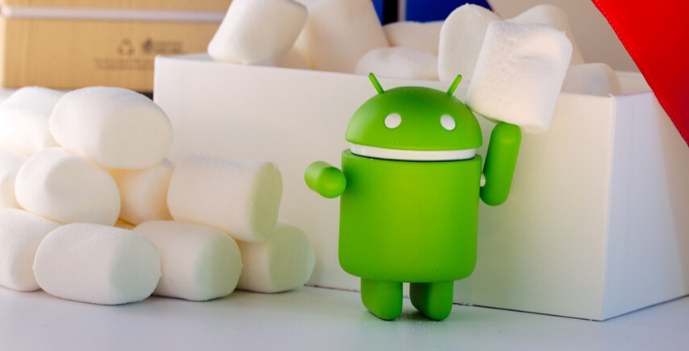 If you're hunting for new android phone you are likely to have a lot of options and features to look on. Today there are so many different options on the market that it can make it a little difficult to find the right one. But for today we are going to look at which one is the best to pick among android 9 and android 10.

Android has actually evolved and extended beyond phones to smartphones, vehicles, watches, televisions over a period of time, and today has over 2.5 billion active devices worldwide. Since the introduction of android 10, there are certain features that have been added that make it look different from the other.

Android 9.0- Pie added an option to switch the dark and light quick setting themes to the color palette of the wallpaper such as that of the Android 8.0 Oreo. The theme tint is set to the same automatic wallpaper detection mode as the previous Android version.

Android 10, with the look of their phone, gives users even more ways to tinker. Now there's a new section on the theme where you can change the accent color of the phone and it has the classic blue pixel. It offers the user an option to change the theme.

Many users of Android 9 Android Pie, either saw a slight improvement in battery life or showed no apparent difference with the features ' Adaptive Battery' and' Automatic Brightness Adjustment.'

Android 10- The dark mode theme has an upgraded battery adaptive setting and now the battery life of Android 10 is longer than that of Android 9.

Android 9- Probably the most well-known and widely discussed aspect of Android 9 is the UI and navigation with the Gesture feature. To be exact, Google's primary objectives for the future of material design are stated in the color scheme.

Android 9- The Android 9 Pie has been filled with several anti-exploitation techniques and a hardened platform, which can be described as more secure than predecessors. The upgraded File-Based Encryption system has changed the game to provide support for external storage media.

Users of Android 10 should be willing to experience the dedicated privacy section in the Android Q. Once opened, it reveals the different permissions for things like calendar, location, camera, contacts, and much more.

Older users have never had a clear idea of what information, apps get access to the device, but this new section makes it easier for specific apps to discover and revoke permissions.

Android 9- Digital Wellbeing is designed to help users of Android monitor their use of their phones and app. The user can also enable Wind Down with this feature- a feature that is a combination of grayscale and Do Not Disturb to manage the notifications.

Android 10- The Digital Wellbeing feature in the Android 10 is Focus Mode, enabling users to select their phone's irritating apps and shut down those apps temporarily.

Android 9- Android 9.0 was introduced with 157 new smile emojis, which could make a real difference in user experience. For example, the four new hairstyles emoji from Google, the emoji from the Turtle and even the characters from the comic book.

Android 10- Android Q is loaded with professional emojis and a new food and animal selection. They have also been made more gender-neutral by the transmutation in emojis.

Android 9- Users can pair up to five Bluetooth devices with Android 9 and switch seamlessly between these devices. It also routes to any Bluetooth speaker or paired audio accessory that can handle calls.

Android 10- Now Android 10 has replaced Android Beam with Fast Share and now this feature includes Bluetooth and Wi-Fi Direct merging to create a faster connection and transfer files than its predecessors.

Android 9- In Android 9 Pie, when Android senses that no devices remain connected, a new setting automatically switches off the hot spot. By default, this measure is switched on.

Android 10- We agree that it can be a little awkward to share a Wi-Fi network password with friends or ask for theirs. With Android 10, there is a new feature that allows users to create a QR code for their Wi-Fi network or to scan a QR code to join a Wi-Fi network directly in the Wi-Fi settings of the device.

The Android 9 algorithm discovers users frequently swipe away alerts from a device without ever taping into them, the program will immediately inquire if a client is willing to shut down notifications for that particular app rather than swiping over and over again.

Android 10- The very spectrum of alerts from the app has become quirky and is in the form of bubble chat heads. Users can notice the circular alert floating through the window, so notifications would not interrupt users. Users also have the option, depending on their needs, to set notifications to Silent or Alert mode.