Which Framework is Best For 2020 – Ruby on Rails vs. Django? 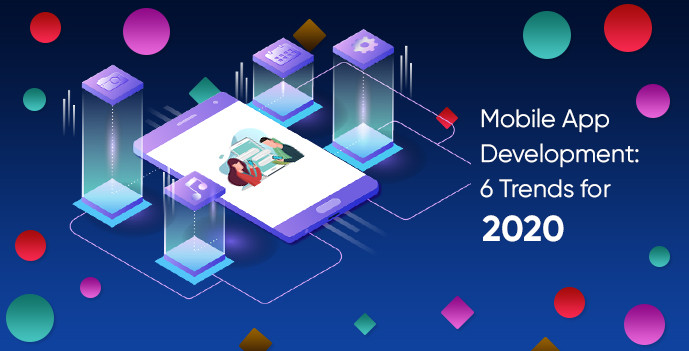 Ruby on Rails and Django are both the best frameworks for web development, but how do you choose one over the other. The aspects they share vary from programming language similarities where both Ruby and Rails are object-oriented and dynamically typed, as well as their specific performance for each task.

In the programming environment, there are different Web Development Frameworks available to programmers, but the commonly used are Django and Ruby on Rails. They emerge as popular web frameworks, and this popularity has been expected to continue until 2020.

If you are trying to choose between the two, both Django and Rails are great choices there are a few things to consider that will help you make the right choice.

What is common among the two frameworks

It is absolutely okay to say Ruby on Rails and Django are like twins, differentiating them only occurs between the language used under the hood and the philosophies used- each of this framework is born in a different environment.

Ruby and Python have nearly the same level of performance. The differences are not significant for a standard CRUD device. The difference is just as small in wider applications- but if consistency is high on your priority list and you need to serve thousands of users at the same time, then neither is the right choice.

Let's put it this way, both are fantastic for expensive CPU operations such as image manipulation and can support thousands of users but configuring Ruby and Python for this size requires much more effort.

As mentioned above, Python and Ruby are object-oriented and dynamically typed languages- they differ greatly from the languages used in companies in architectures such as Java.

One big difference is that Python and Ruby are open-source and their respective communities are very active and robust. It means you won't struggle to find answers or information if you stick to using these tools.

The architecture of both languages is well-structured based on an MVC template- the app will be properly organized and will have simple divisions between layers such as specified routes, controllers, models and bounded views within the framework. Items are arranged a little differently in Rails and Django, but it's just the format so there's nothing to consider.

What Django is all about

Django is a Python-based web framework and a primary way to create Python applications. What makes it so popular is that it is a free, general-purpose, open-source program that makes it easy to use. Developers highly appreciate the functionality of Django. It has developed to simplify the process of creating complex websites that are powered by databases. This system has a simple and functional model.

Ruby on Rails, written under the MIT License, acronynized as RoR is an open-source web application platform on the server-side. As a model-view-controller, Rails offers incredible default servers, web services, and page structures. Developers are known to write code as a timesaving process.

The system works based on two principles, namely DRY (Don't Repeat Yourself) and Setup Convention. The latter being self-explaining removes the need to repeatedly perform the same programming function, while the latter means that by definition the world you operate in, such as structures, databases, languages and more, allows for many logical scenarios.

Differences between the two frameworks

When the user interface grounds compare Django vs Rails, both are the winners. It is because both of them are designed to offer an experience of high quality. Such web-centered frameworks enable the Mobile App Development Company to create highly functional websites packed with perfect add-ons and plugins.

While the Django web platform inherited the scalability of Python, it still lags a bit behind Rails. It has greater scalability as a result of its qualities such as freedom and flexibility of code. Both are frameworks for heavyweight web development, so both are designed to keep scalability in mind, but the winner's title here is the development of Ruby on Rails.

Rails are found to be 0.7 percent faster in the battle between RoR and Django. It's because Rails has the advantage of a rich repository of cool libraries and plugins to improve the speed and efficiency of this program. Nonetheless, Django also promotes rapid cycles of development and is an excellent option for a web application. However, the performance of Django vs. Rails is both strong.

Comparing Django vs. Ruby on Rails isn't a hard nut to crack, depending on the installation process. Django's installation process is very simple, so it only takes about a minute to install it completely. However, the same thing can't be said about RoR. First, you need to understand what bundles and Gems are, as they need to install packages from Ruby. These two are downloaded for the first time.

We had to include the security aspect compared to Django vs Rails as it is an essential part of any website or application. Definitely Django won this function from Python. Django supported by middleware, while Rails is supported by active files. Django has protection tools.

Principles are like the glue that holds the entire process of developing web apps together. Django has two notable principles and "Explicit is better than Implicit." This idea helps developers create easy-to-understand software that is managed by many people.

Even, Ruby on Rails is not short of design principles. It also uses DRY and the Configuration Convention, which means that you need to obey guidelines in order to be successful instead of making your own configurations. It improves speed and efficiency.

Django first came out in 2005 and has since been on the web development list of the best frameworks. His recent release was released in April 2019, with many new features and improved usability. Ruby on Rails was first published in 2003 and in 2004 officially declared it to be an open-source program. As it launched its latest version in August 2018, it has also been updated regularly.

Although the core feature of the Django and Ruby on Rails framework is the template, Django uses a simple template language to enable developers to create templates with minimal programming and HTML capabilities. On the other hand, Rails ' views tend to be more complex.

Which framework to choose

Generally, both Django and Ruby are at the top of their class on Rail's web architectures, giving each other a tough competition. There are some areas, however, where one overrides the other.