The Who, Why and What of a Minimum Viable Product 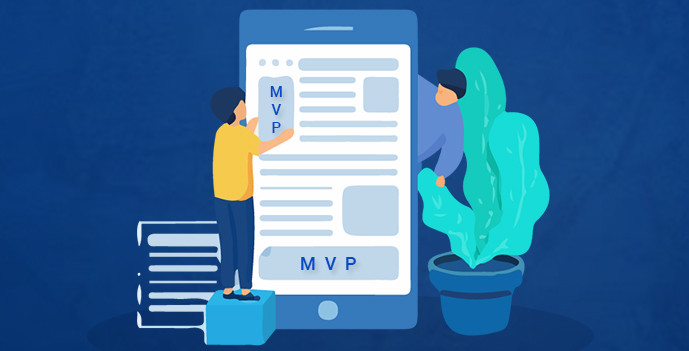 A minimum viable product, or MVP, is a product with enough functionality to attract customers from early adoption and validate an early product idea in the product development process.

The MVP will help the team that is developing the product by enabling them to gain user feedback in industries like engineering to iterate and develop the product as quickly as possible.

Since this approach is focused on user-based input validation and refinement of goods, the MVP plays a central role in agile development. It is the version of a new product that allows a team to obtain with the least effort the maximum amount of verified consumer training.

Who does it suit?

Sometimes businesses tend to lag behind in setting their stone life cycles for software development. However, fledgling start-ups that do not have a strong user base, let alone a testable beta-version product, can apply this approach for efficient development. This concept is extremely well-rooted in the development of software/hardware for the effective functioning of the business.

But if we were to point out a coterie of loyalists from the MVP, it could be any team running on a tight deadline and bootstrapping into the unpredictable public reception market.

Stages in a minimum viable product

This is a situation where you come up with ideas and vision of how it is going to look like. Once these diagrams are compiled in the details of the blueprint, it becomes a formal prototype of the Mobile App. It serves as a reference guide for developers to design navigation throughputs within the app.

Once you think or know deep inside, it is then time to roll out updates to users one at a time, this is the real MVP release point. What will you be doing? Just ensure that enough in-app features are rolled out to maintain a balance between consumer needs and future development.

If your action plan simplifies a process that was previously complicated for users, you will have a proof of concept due to a post-MVP impact. As the tag suggests, you will have observable consumer acceptance proof by this time.

It might be the number of downloads that your app's prototype version gets on its initial release. Or an average of users ' positive ratings or anything else that might be quantifiable for prospective investors. Whatever the driving factors are, in the immediate future they could be the primary cause of development.

On crowdsourcing sites such as Kickstarter and IndieGoGo is a go-ahead sign with a product-based operating model for even independent entrepreneurs. While the turn-around time may be longer for product enhancement, it is much more acceptable than not starting a business first.

Traditional SDLCs are inflexible. Nevertheless, the design of MVP products is agile in nature and often follows an approach to Release Early Publish. In order to optimize technology performance, it prioritizes the rate of changes integrating user feedback as it happens. Future updates are immediately backed up by performance as the loyalty base down-marked functions of those devices do. 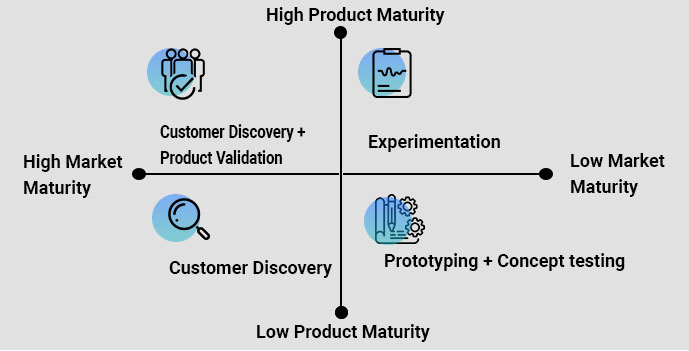 Companies such as Zappos, Airbnb, Spotify have lost their $1 billion popularity from pilot runs. Here you can read about some of the famous MVPs. It is therefore important to validate the outcomes.

It's natural to doubt your performance with realists who weigh the pros and cons before dressing up in an undertaking. Nonetheless, the production of MVP is a safe bet. Conservatives won't hold it against you because of flaws that normally bother a full-fledged mobile app/website.

With no money to build a business, Airbnb's founders used their own apartment to validate their idea of creating a market offering online rental housing for the short term, peer-to-peer. They created a minimalist website, published photos and other details of their property, and almost immediately found several paying guests.

This venture comes about after inspiration by the Burn. Within 10 seconds of being sent, the exciting experience of self-destructing messages left students wanting more. In its infancy, access to the app was limited to iOS, with photos, not messages becoming the contact document.

Travis Kalanick and Garrett Camp set out to turn the demand for a "taxi" into a text message when booking a cab. And they launched UberCab which was in the beginning, restricted to friends and family, no more than an invite-only request.

Defines the hierarchy of your company. Ensure that you lay down clearly for every man/woman to know his/ her duties and key areas of responsibility.

Choose those who are qualified and experienced in their area of specialization. Factor in aggregate / average team experience and total projects delivered to date. What kind of post-sales support do they provide, if any? How do UX / UI users rate?

Yes, as the name suggests, MVPs are out to check market viability, but they could even be tailored according to the target audience. Opening the MVP to everyone at once could generate valuable insight during the formative stages of the development of in-app. But if the end-user has already been profiled, half of the game will be played.

The purpose is to inform people about what is available. Check to ensure that you stay above in the competition, but you should not overpower first-time users. If they have more choices at once, it could easily threaten and drive them away leaving them confused.

It's time for analytics to do their thing. Use numerical concepts to contextualize the data. At the end of the day, this will be the vocabulary that an investor wants you to use.

MVPs act as catalysts that accelerate product development in conventional SDLCs to a level otherwise not observed. For designers, they create feedback loops that allow them to peak into immediate user experience and make the required development changes.