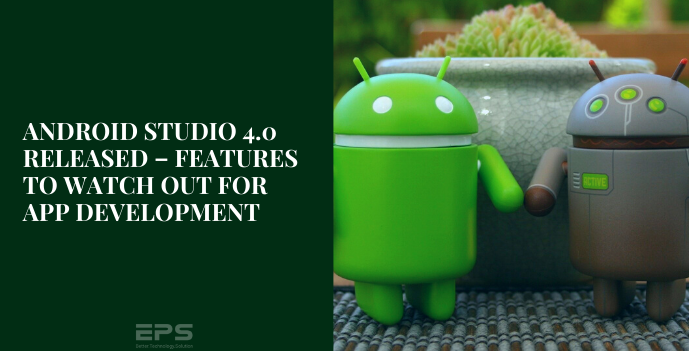 Android Studio 4.0 version was introduced with new improvements for app development companies. The new version has improved tools to help in smart encoding and designing apps that users depend on. Such improvements are crucial for improved results and an essential step towards greater stability. Let us discuss all the latest features and enhancements that have been added with Android Studio 4.0 and how it can help develop apps.

On mobile phones, this Android Studio tool, in addition to other features, helps in precisely seeing how the device is built on-screen. The previous edition lacked the modern and updated interface debugger in Android Studio 4.0. This app can be used for a quick inspection of the view tree, but it requires features such as live refreshing. When you have an Android 10-based app, you will enjoy impressive features, including a 3D representation of the on-screen attributes and advanced view.

The Motion Layout API expands Constraint Layout's rich capabilities to help Android developers handle complex motion and animation widgets in their devices. Developers may incorporate this API into the new Motion Editor to build, edit, and preview animations for the Motion Design. Another benefit for the user is that it is unnecessary to create essential XML files, as the default Motion Editor produces.

When developing multiple form factors, screen sizes, and resolutions, you need to verify that your UI changes look great on every screen you support. Through the Design Validation window, you can simultaneously display templates on different screens and configurations, so you can quickly ensure that the design looks fantastic across a variety of devices.

This whole process requires a feature, and the Layout Validation Window helps simultaneously display the templates on different screens and configurations, so you can easily make sure that your mobile app looks best across various devices.

The CPU profiler is designed to give rich information regarding the thread activity and trace your app recordings. CPU recordings are separated from the main profiler timeline in Android Studio 4.0 and organized into groups to allow easier analysis. For more customization, you can move groups up and down, or drag and drop individual objects. The CPU profiler features track recordings and includes a fair amount of data pertaining to the program's thread operation.

IntelliJ IDEA 2019.3 upgrade to the framework

The basic Android Studio IDE is upgraded from IntelliJ IDEA releases 2019.3 and 2019.3.3 with significant improvements. These improvements help to increase efficiency and quality around the IDE.

This intelliJ function helps you to insert simple constructs by typing easy keywords into your file. Now Android Studio integrates live models for Kotlin code, which are unique to Android.

Misconfigured or obsolete workers can lead to longer periods of development, causing lost productivity and frustration. The build analyzer helps developers recognize problems in their development by showing the plugins and workers responsible for all of your development time and suggesting measures to minimize regressions.

Java 8 language for all APIs

Earlier, the plugin edition of Android Gradle used a desugaring procedure to support multiple features of Java 8 language. But with the introduction of Android Studio 4.0, this desugaring engine was maximized in support of Java language APIs.

Which language is mostly used in Android Studio 4.0?

Java is the official language for the development of Android apps and is supported by Android Studio. However, Kotlin has become a significant programming language with the release of 4.0 versions.

Is Jdk applicable to Android studio?

Android Studio is the official App creation IDE for Android. Since the source code for Android is in Kotlin or Java, the installation of the Java Development Kit is crucial. Both Android Studio and SDK are included in the update.

What does IDE mean?

An Integrated Development Environment is a software application that provides app developers with extensive development facilities. An IDE typically contains an editor of source code, automation software, and a debugger.

What is the Android studio used for?

Android Studio is the official IDE for Android, and it aims to enhance development and help create the highest quality mobile apps for Android. It provides Android developers with personalized tools, including rich code editing, debugging, checking, and other resources.

So, these are the most interesting features of Android Studio 4.0 released recently. If you are using their older version, you can easily upgrade to the latest version. To sum up, I would like to say that the latest updates have brought more options to the developers and I think they can make the work of others easier. These features are

Also, you will get answers to some of the frequently asked questions by clients or customers.

I hope you are aware of Android app creation features that are incorporated with the new edition of Android Studio 4.0. Such features are extremely useful for the Rapid Mobile Device's growth, and brands are investing heavily in these applications to engage potential customers for sales. If you are searching for similar services, contact us and share the specifications of your app with us