5 Reasons why PHP is not a dying language 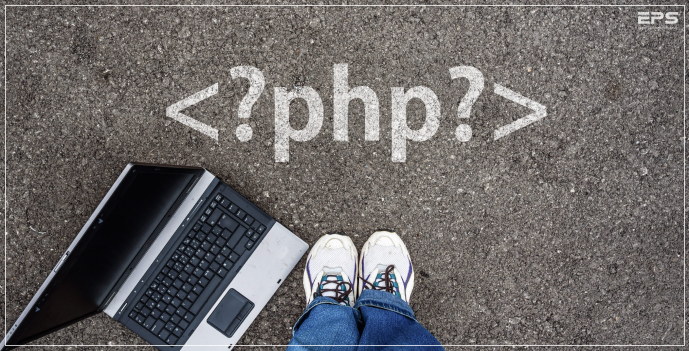 Created by programmer Rasmus Lerdorf in 1994, PHP (Hypertext Preprocessor), as a scripting language, has been one of the most sought-after programming languages for developing dynamic and interactive websites.

However, even though the language has been instrumental in rendering various programming tasks outside the web context, including robotic drone control and graphical application, there has been a buzz gaining the ground that PHP is on its way to meeting an impending doom.

One of the reasons fanning such speculations points out that PHP is a language of hobbyists, or it is just an enterprise language, or it is no longer as effective as it used to be.

Well, before we assume anything about PHP, let's discuss some of the most critical points of this programming language. This way, we will accentuate its relevance to being a key programming language used in the web development process, in addition to explaining why PHP is not going to disappear any time soon, as speculated by some critics.

1. Performance of 80% of the web today relies on PHP

One may argue that PHP is not all-pervasive language in application development or developing those types of apps that involve using Java or .NET. The main point here is acknowledging the fact that every programming language or tool has its own strengths and weaknesses. Therefore, when there is a need to use a compiled language like JAVA, the application of PHP does not make any sense.

The negative opinion about PHP is peddled because of the dubiety of the critics which contrasts to the reality that PHP programming language is utilized by most of the enterprises for their websites, blogs, or internal tools. With that said, PHP holds its relevance, in terms of being an enterprise language. Even the partial application of PHP for enterprise applications lends gravity of importance to the programming language as a growth catalyst for many companies.

PHP is considered one of the most effective programming languages for developing web apps easier and faster, given it is not a compiled language, and is programmatically designed to scale. This trait of PHP enables companies to launch their apps faster, introduce new features to them, and experience growth of considerable scale. Websites like Yahoo, Facebook, Tumblr, Digg, Mailchimp, and Wikipedia are some of the prominent web platforms that started off with PHP and grew to scale with the programming language.

Reportedly, PHP powers nearly 52% of the top 10,000 websites on the Internet today.

PHP is packed with so many attributes, including, it is versatile, easy to learn, fast and secure, and is a free open source scripting language used on Mac OS, Windows, Linux and supports web browsers, major web servers, and can be deployed on various systems and platforms, cost-effectively.

These are the attributes of PHP language which qualify it to become one of the most indispensable programming languages for developers around the world. And boy, this begs a question, like - how such an important programming language with so many unique features are said to fade away, just like that?

4. Top rankings of PHP language over the years

It goes without saying that due to lack of a credible yardstick to measure how a particular programming language should be ranked, it is difficult to come up with an idea about vindicating the ranking of PHP. However, PHP has evolved over the years and many brands have ranked the programming language in its database based on its usages. Here are some examples -

In 2014, GitHub ranked PHP the 3rd most popular programming language after JavaScript, and Java. 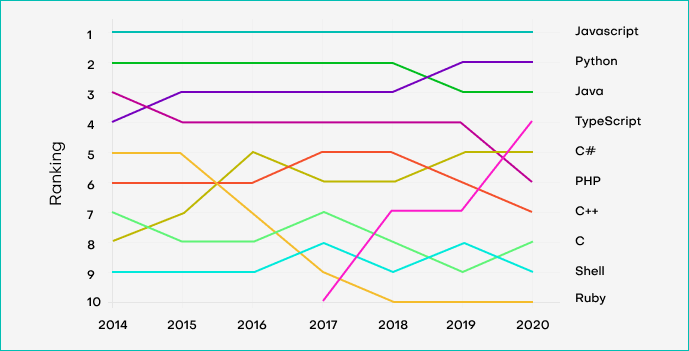 Tiobe index is another index for ranking software popularity, and according to its October 2021 analysis, PHP ranked 9th position outdistanced by SQL and JavaScript. Moreover, according to Builtwith, the application of PHP in various websites was impressive since 2017 to 2021, awarding it as the most popular on the Entire Internet in Framework category.

5. PHP stays as long as it is used

W3Techs' data reveals that PHP is not likely to fade away any time soon, considering out of every 10 websites on the Internet are using PHP in some way. Although the number of PHP usage is declining, it doesn't believe the fact that the number of websites using PHP is higher. For example, WordPress which is the most popular content management system on the Internet relies on PHP. And given how WordPress accounts for powering 34% of the websites on the digital sphere, it cumulates a huge number of websites using PHP right there.

We know that in today's fast-changing technologies nothing stays for good, considering there is always a new technology replacing its outdated counterpart. With the emergence of JavaScript and other advanced programming languages, PHP may seem to fight for its existential crisis of staying relevant, yet the widespread usages of the programming language, and its good rankings by some great websites including GitHub leave us in no doubt as to believing that PHP is not going to die any time soon.

Most of the speculations about the impending death of PHP come from those critics who believe that PHP is a procedural programming language without Object Oriented Programming abilities. Later, these attributes were added to PHP-4, and with PHP7 & 8, the object oriented programming became a staple of the PHP.

Once again, PHP is an effective programming language for many businesses large and small. It gives power to more than 50% of the top 10k websites on the Internet. With such widespread application, including WordPress, we can say for sure that the fate of PHP language is not going to be sealed for years to come.